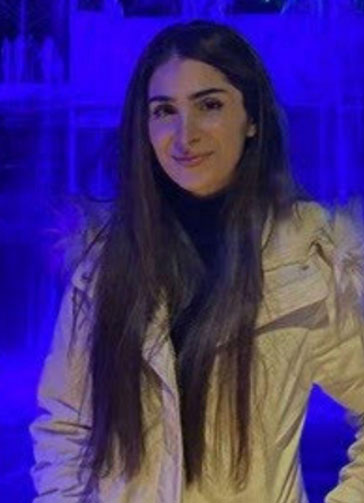 Mercedes Deram is a pre-medical student at UNC Chapel Hill and is from Charlotte, North Carolina. In addition to finishing her B.S. and B.A. in Biology and Public Policy, she also has a minor in the Persian language, which she finds one of her biggest accomplishments in learning her mother language. One of her main goals is to help low-income families who are people of color and immigrants to have health-care security.

During her time working in a free medical clinic, she realized that one of the main predicaments with the American health-care system is income and racial inequality (with both overlapping each other). This becomes an even larger issue during crises such as the current pandemic, where people with pre-existing chronic conditions are faced with more risks (in addition to socio-economic burdens). Her goal is to help underprivileged people from all paths to have equal access to health-care and to feel included in the place where they are meant to be treated. As a part of the Wounded Healer team, Mercedes wants to provide the necessary resources and information to incarcerated and newly recovering individuals for the Marketplace and Medicaid, as well as providing them the resources for physical and psychological aid in the Triangle. As a member of WHNC, Mercedes’s goal is to help those who affected by systematic oppression and she hopes that being a part of Wounded Healers will help her get a better understanding of the systematic oppression in this country. 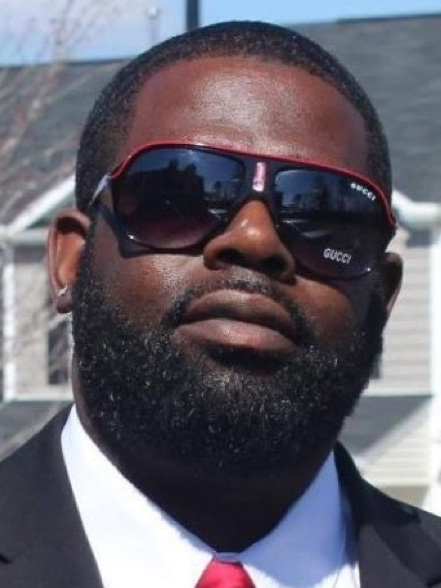 Board of Directors Chair

Dorel Clayton is a peer support professional living in Durham, North Carolina, who has applied his own experience to assist individuals in need of support in his community across the spectrum of stressors, including substance abuse and mental health disorders. Through his work, Dorel has dedicated himself to reducing recidivism, stigma associated with substance use disorders and mental health in the Black community. Dorel has helped peers of all backgrounds, but substantially focuses on the African American community.

Dorel feels that his lived experience with incarceration and substance use recovery allows him insight, motivation and expertise that no professional training can replicate. He is particularly motivated to reach today’s youth, providing assistance with articulating recovery goals, learning and practicing new skills, modeling effective coping techniques, and implementing self-help strategies based on his own recovery experience. He also assists individuals with self-advocacy to obtain services they need. Dorel spent 5 years working on a crisis unit and has been trained in health care counseling and Peer Bridging. His previous work includes being a supervisor for Durham’s implementation of the gun violence prevention Cure Violence model. Today Dorel is the Community Health Worker for Durham County for the formerly incarcerated transitions (FIT) Program. Dorel is also proud to be a dedicated husband and loving father. 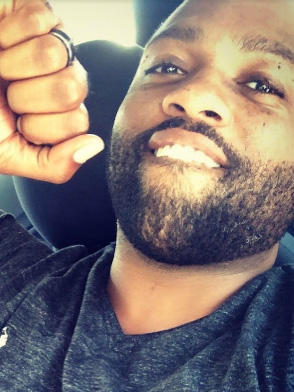 Board of Directors Co-vice President

Tommy Green was born in Oxford and raised in Durham, North Carolina. Incarcerated at 22 years of age, he was sentenced to 12 years in prison. Upon his release, after struggling to put his life together, in 2015 he secured a good job as Assistant Operations Manager and saw firsthand how stability in employment can lead to life working out well. By 2018, Tommy shifted to a profession where he could give back to the community which had supported him through his transition. He became the Lead Community Health Worker for the NC FIT program and started a business with Wounded Healers co-founder and vice president William Elmore. At this organization, called Success While In Transition, Tommy and William teach justice-involved individuals how to be successful after incarceration.

Tommy is serving on the board of Wounded Healers in their venture to help people who are  formerly incarcerated because he feels this is a large part of his life’s mission: to aid people that are facing the same trials and tribulations he faced upon his reentry. 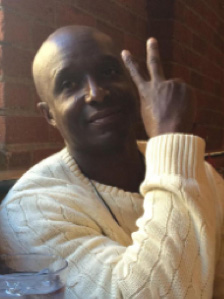 Board of Directors Co-vice President and Co-founder

William Elmore was a peculiar child growing up in New Jersey who  loved solving mathematical problems, writing short stories and playing instruments. His penchant for drawing blueprints and graphs, and for building household objects, made young William contemplate a career in architecture. However, book-smart talents and promising academic opportunities did not outweigh the allure of street culture and lifestyle, and his slickness earned him the nickname “Slick Will” or Swill. For Swill, street life was the catalyst for a maze of miscalculations and bad choices with dire consequences, which overtook him on March 30, 199. In one fragile moment, William Elmore made a decision that started a chain reaction, resulting in arrest for first degree murder and a sentence of “natural life” to be served in the state of North Carolina.

Over his 24 years in prison, William read hundreds of books, but two that inspired him and shaped his character were Sidney Poitier’s Measure of a Man and Bruce Lee’s The Fighting Spirit. With the support of his mother and sister, William took advantage of every opportunity to expand his horizons. After moving to a minimum custody facility, he started doing outreach to share his life experience with troubled youth.

William has matured into a man who is a force of peace, a man worthy of forgiveness. The moniker Mecca, was gifted to him twice; once as a teen in East Orange, NJ and years later by Scottso, who felt it described calm and enlightened demeanor.

On December 21, 2015, at age 45, William Elmore was released from Orange Correctional Center in Hillsborough, North Carolina, paroled and returned to his loved ones as a rejuvenated person. His homecoming and experiences in transition to society echoes a phrase written by Bruce Lee: “Be like water…” which he interprets to mean ‘be open to your own evolution, take the shape of any situation you’re in, move rapidly yet appearing to be still, be soft enough to bathe a newborn and solid enough to sink a titanic vessel.” 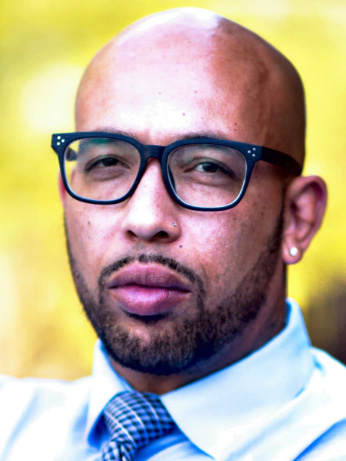 Bobby Harrington is a native of Raleigh, NC. He chose to be a part of  Wounded Healers to do his part to stand in the gap for those who have been wounded by society, among whom he counts himself.  He believes in the possibility and force of the desire to be successful despite roadblocks that life throws at people. Bobby has worked as an advocate for the returning citizen population since being released from prison in 2014, working with DPS as well as directly with the community. 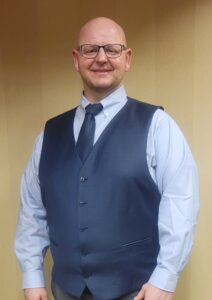 Joshua S Cashel, is a native of New Jersey who has made Durham North Carolina his home. Joshua experienced the transition from incarceration to a member of society and his community in 2018. He is passionate about providing peer support to those who are similarly going through this transition, using his skills as a Certified Peer Support Specialist. His work is guided by his concern for others and belief that people can succeed through hardship. In addition to being  on the board of Wounded Healers, Joshua volunteers with the Reintegration Support Network as well as helping people facing substance abuse. 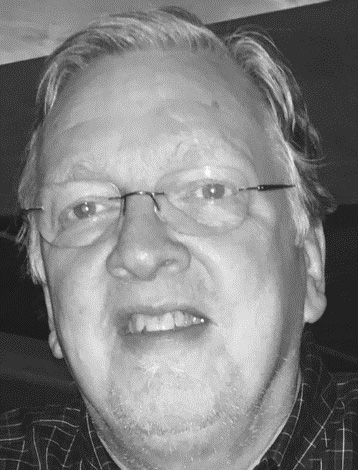 Tom McQuiston has been a volunteer and sponsor in the NC prison system for over a dozen years.  During that time, he formed numerous life-long friendships with those who were incarcerated, transitioning and then re-establishing themselves in the community. He has used the inspiration of those relationships to help create and develop Wounded Healers. He is a Doctor of Public Health and during his career in the labor movement (now retired) he worked on creating and developing participatory health, safety, and environment programs. He also brings his Quaker values to his work. 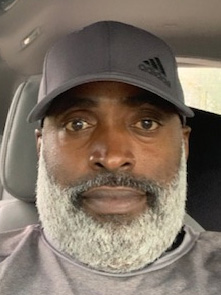 Edward Scott (Scottso) is one of the founders, as well providing much of the inspiration and driving force behind Wounded Healers. Scottso and Mecca met over 30 years ago and became brothers to support each other through the grueling experience of incarceration. Wounded Healers started as a dream shared by Scottso, Mecca and Tom while Scottso was serving a life sentence in prison. Scottso’s spiritual life while incarcerated was enriched by frequent visits to Chapel Hill Quaker Meeting, where he was respected and made deep connections. People who know Scottso describe him as an extraordinary man with a heart full of love and gratitude despite many years of challenge. Scottso began his transition to society in October 2019, after incarceration of over 30 years. He believes his experience allows him to truly see where help is needed. By establishing Wounded Healers, he is living his spiritually and community-motivated goal: creating an organization of formerly incarcerated men and women helping others who are released from prison to be able to reacclimate back into society. 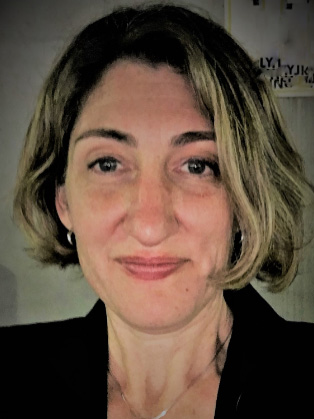 Marya Plotkin is a public health professional residing in Chapel Hill, North Carolina. Her professional life focuses on improving health care in Africa and Asia. She has spent the last 25 years either living in Africa or the United States. Marya moved to Chapel Hill, NC from Dar es Salaam, Tanzania with her two sons in 2014 to work on a (now completed) Doctor of Public Health (DrPH) degree. She became aware of challenges facing people leaving prison through the Chapel Hill Friends (Quaker) Meeting, which has an active community for prison ministry. Marya’s work with Wounded Healers, as well as volunteering with incarcerated parents and their children, opened her eyes to the dehumanization and damage the prison system wreaks on incarcerated people, their families and communities. She thankfully accepted the opportunity to serve on the board of Wounded Healers in the hopes of supporting the organization to have the largest possible impact. 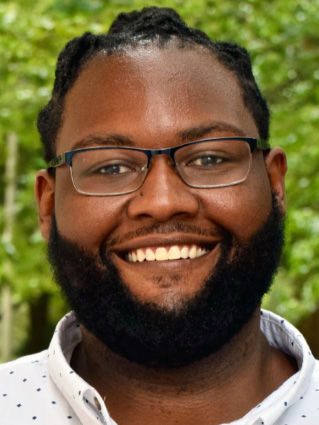 Terence Johnson, originally from Waverly, Virginia, is a second year PhD student at the UNC School of Social Work. In addition to working on programs to expand pre-exposure prophylaxis (PrEP) for HIV and specialized approach to supervising individuals with severe and persistent mental health disorders on probation, Terence is deeply motivated to reduce racial disparities in the criminal justice system, and to apply interventions to address social and healthcare needs of justice-involved individuals. He in on the board of Wounded Healers because the criminal justice system has taken away years from his loved ones. Terence is determined to work with others to create a compassionate and equitable criminal justice system. 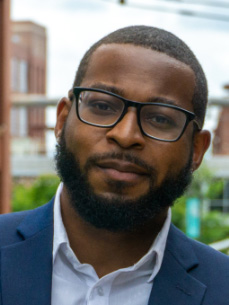 Marcus Pollard is a licensed attorney in North Carolina as well as the District of Columbia. He is currently working for the Southern Coalition for Social Justice as a Staff Attorney with the Justice System Reform team. Before working with the Southern Coalition for Social Justice, Marcus worked with the Orange County Local Reentry Council advocating for fair housing and employment opportunities.

A North Carolina native, Marcus attended North Carolina State University graduating with a B.A. in Communication, Public Relations in 2012. Marcus then attended North Carolina Central University School of Law, where he was the President of the Public Interest Law Origination, Board Member of the Phi Delta Phi Legal Honor Society, student intern with Southern Coalition for Social Justice Clean Slate Project, and recipient of the North Carolina Central University Student Service Impact Award. Marcus has a dedicated career of advocating for social justice and against racial inequality and lives by his fraternal motto “culture for service, service for humanity.” 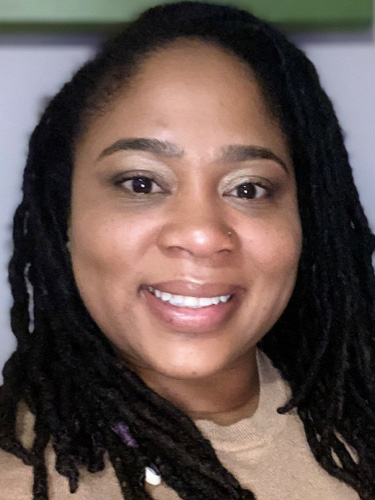 Raised in Eastern North Carolina, Leticia now has the pleasure of calling Durham home. Leticia believes that all efforts to address social justice should be collaborative and led by the dynamic voices of those who have lived the experience. She joined the board of Wounded Healers because she is committed to supporting the community where she lives and believes that everyone has a natural right to heal. As a graduate of North Carolina Central University, she aims to employ her social work education as a tool to empower individuals who desire a new way of life following their encounter with the criminal justice system. She has a diverse background in direct support services, administration, and program management.